First of all I want to thank everyone that commented and reached out after my last post. It was very comforting hearing all of your kind words and best wishes. The past couple months have definitely had their ups and downs and admittedly I've been quite a funk of just not really having much motivation to do anything. The time of year, right after the holidays, along with the depressing winter weather and seemingly constant sickness that we've dealt with hasn't helped my mood much either.

But slowly and surely I seem to be coming out of it. The longer days and steadily increasing temperatures are definitely helping. And despite dealing with the loss I had in December and my yearly case of winter blues I did have quite a few fun and happy moments over the last couple of months.

In January we took Hunter to his first Monster Truck Jam. Hunter has been OBSESSED with Monster trucks for close to a year and even watches videos on YouTube so when we saw one was coming to DC we knew we HAD to take him. And he had a great time, though admittedly I think Kristian had even more fun. He did get a bit scared at one point when he took of his headphones and realized how loud those trucks actually are. 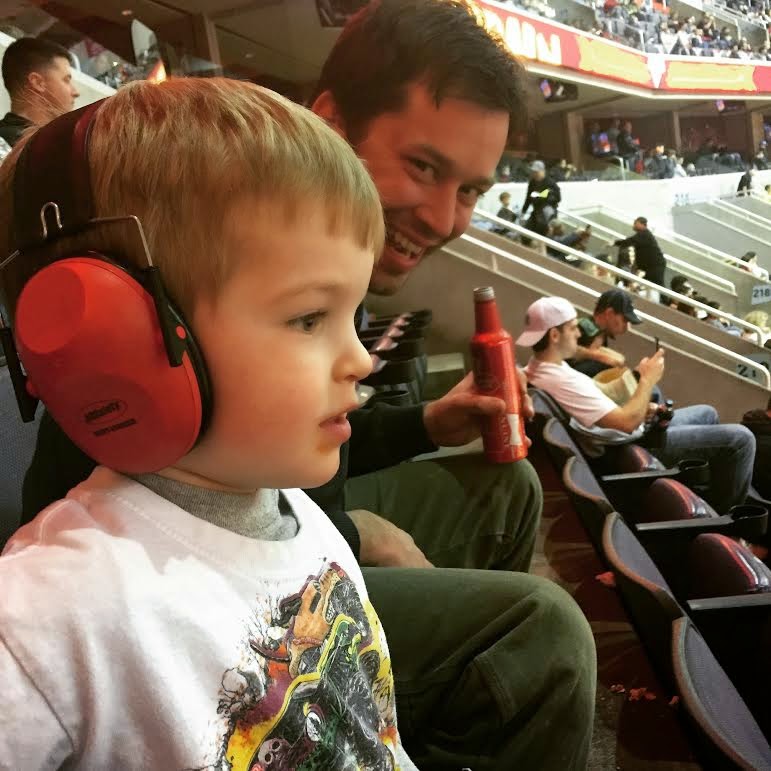 Kristian and I also had a very nice date night courtesy of my company's belated Holiday dinner/party at The Capital Grille which is a very nice restaurant with amazing food. We had such a wonderful night full of good food and lots of laughs with my coworkers. 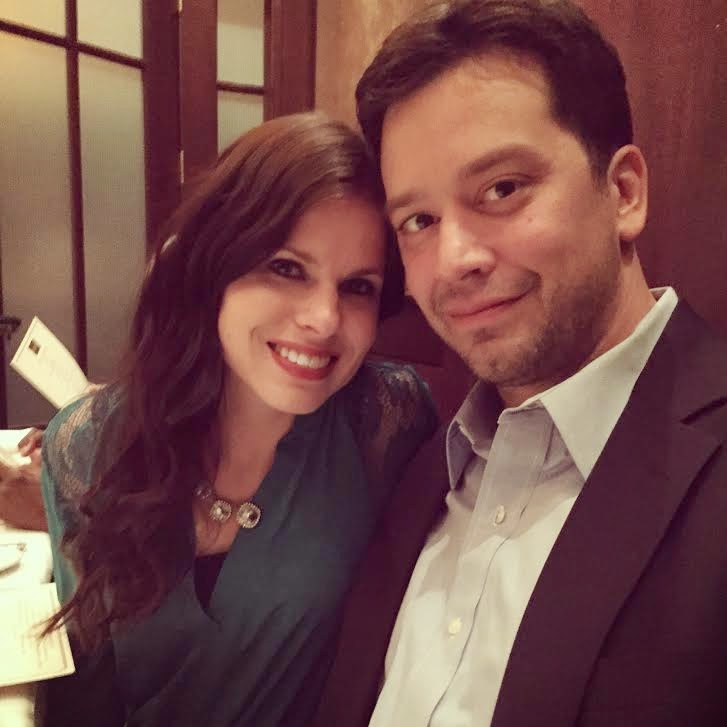 In February we celebrated Valentines Day with a nice, quiet evening at home. We dropped Hunter off at my mom's house for his first solo overnight visit and they both had a blast. Not having him home made the house very quiet and bit a strange but it was also nice to be able to sleep in the next morning. 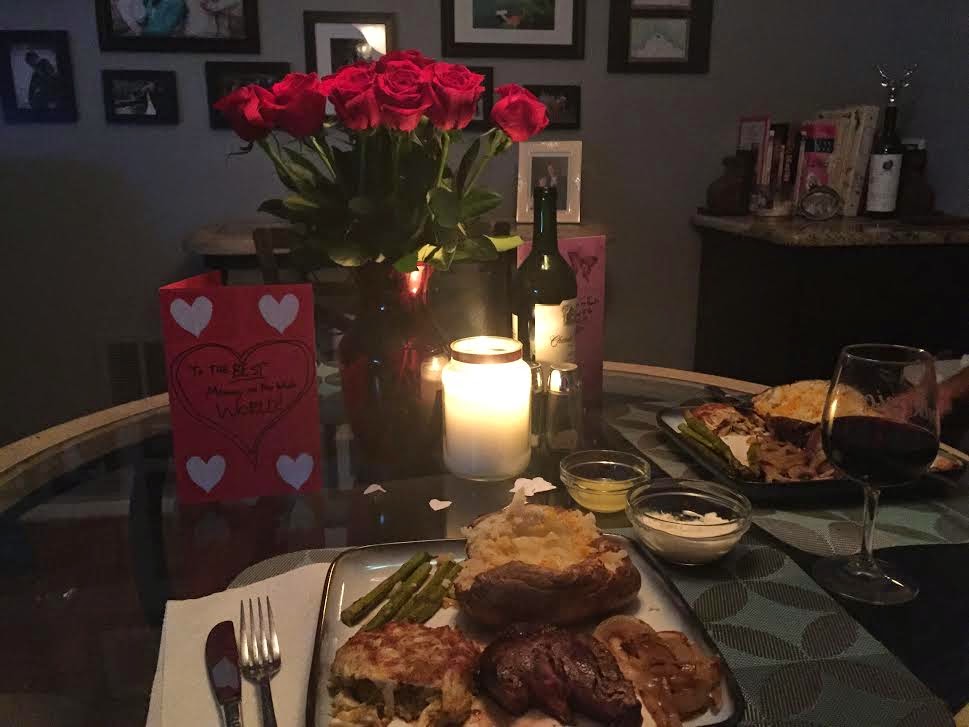 We've had quite a few snowstorms this winter which has thrilled Hunter. He just loves the snow and could stay out playing for hours. I actually didn't mind the few snow days I had home with him either. 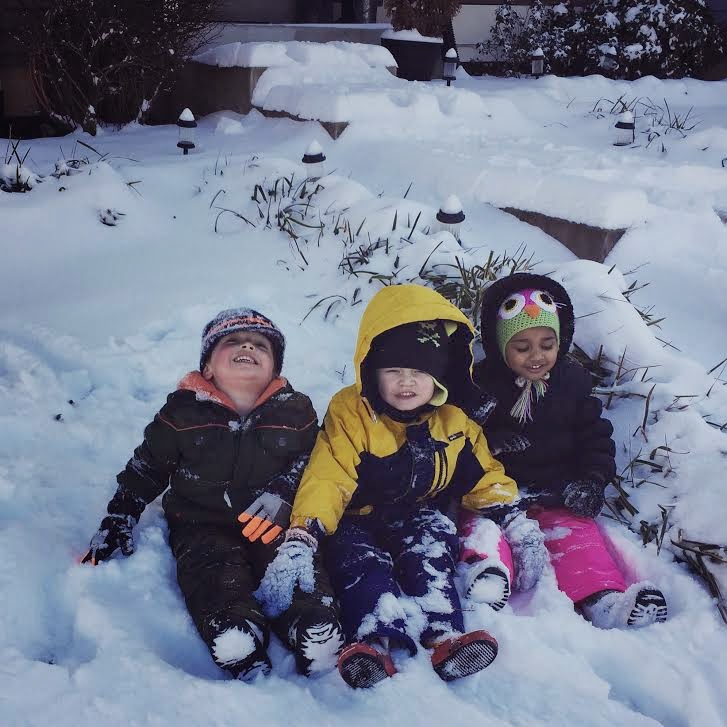 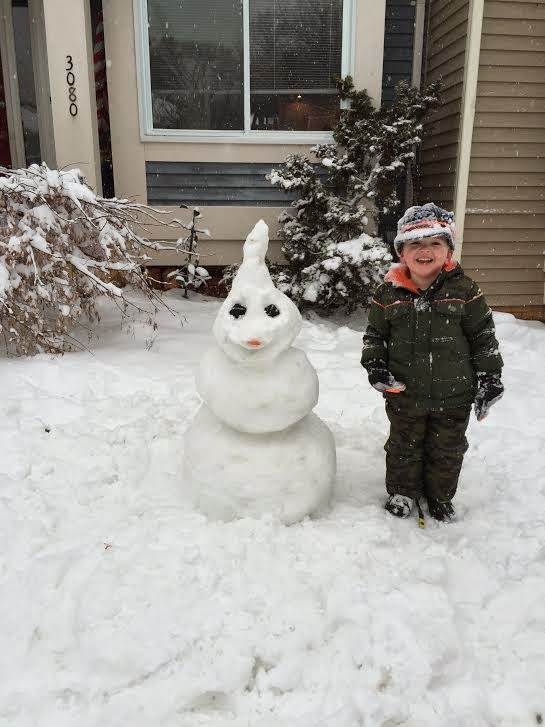 Easily the highlight of the past two months was the birth of my new niece!! Miss Violet Christine was born on March 5th, five days past her due date and the day after her daddy's birthday, during a snowstorm! We all had a feeling once we saw the weather forecast that's when she would decide to arrive and we were right. Luckily they made it to the hospital safely and she arrived about 5 hours later. My brother and sister-in-law didn't know the sex but we were all thrilled to find out they had a little girl who is named after my grandmother (Violet) and her mommy's middle name (Christine). The best part is they live right up the street from me so I've been able to get baby snuggles often.

Hunter was so excited to meet his baby cousin the day after she was born. He did so well and was very gentle with her. It was a bit surreal being back in the hospital where he was born now three years later. In fact they were in the room right across the hall from mine. 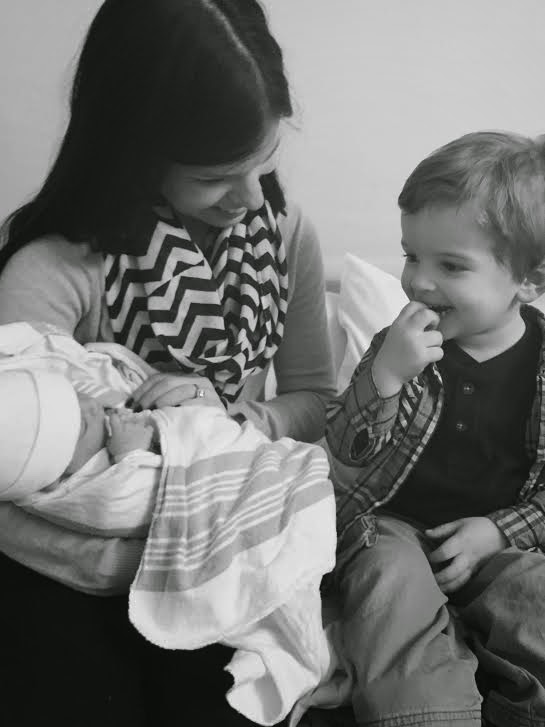 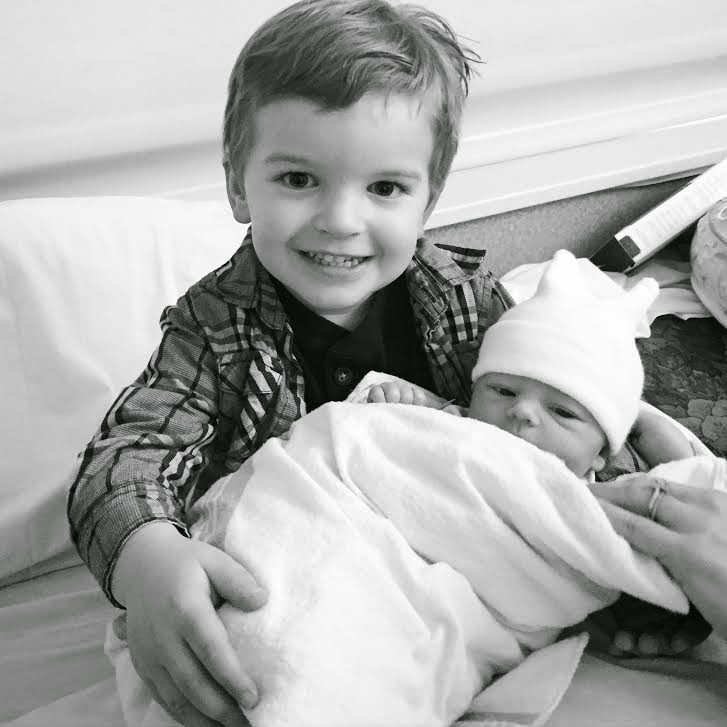 In other big milestone news, Hunter had his first dentist appointment on St. Patrick's Day (the practice we took him too doesn't take patients under 3) and he did AWESOME! I was so proud of how brave he was. He didn't cry or get scared, in fact he seemed to really enjoy the whole process. It helped having one of our friends as his dental hygentist, oh and the treasure chest at the end of the appointment may have helped a bit as well! 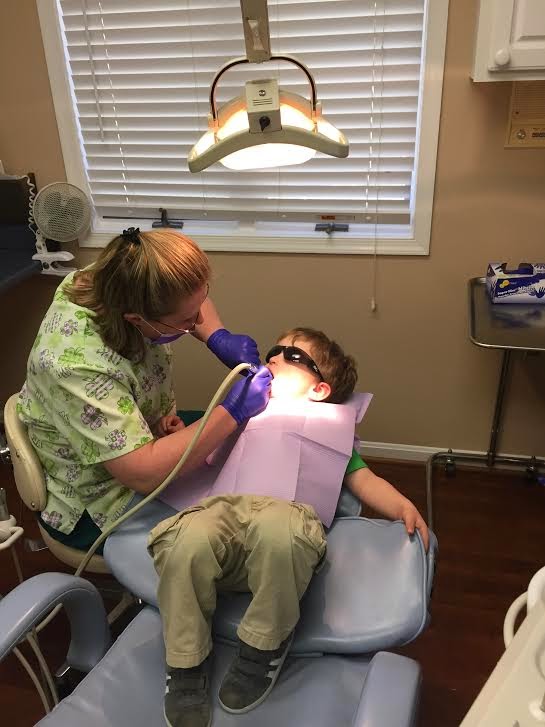 We don't have any major plans or events coming up in the next couple of months and to be honest I'm really happy about that. Right now I really just want to focus on quality family time and spending as much time with Hunter as I can, he's growing up so fast and I really want to enjoy this time with him since I'm still hoping to one day add a little brother or sister to mix.